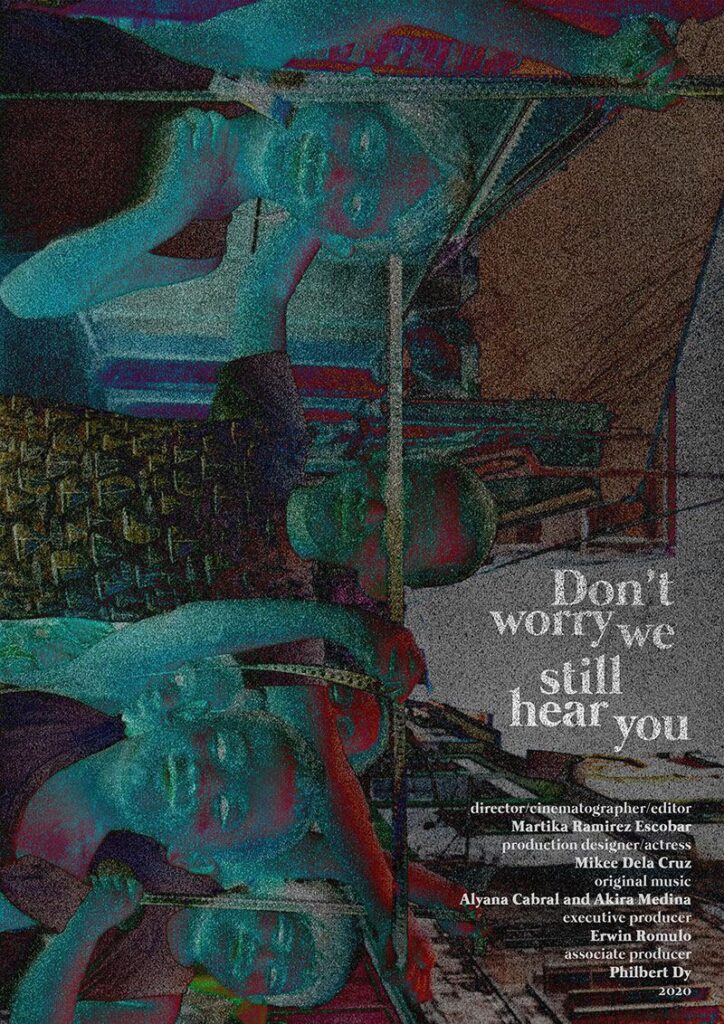 Don't Worry, We Still Hear You

Sorry it has been so long. I last saw your name randomly pop up on my Viber contacts, and then now, the Alexis-Nika FB page has been hacked. Badtrip. Marcos Jr. is president right now, so the world is upsidedown.

Hey, I can give you better updates now-

Since you helped us in Active Vista in 2008 in IndieSine, we’ve done 10 editions already.

We’ve screened Jafar Panahi’s This Is Not A Film.

We’ve screened Ramona Diaz’s Motherland and Lauren Greenfield’s The Kingmaker which I still have issues about because of how much Imelda is there. Alyx Arumpac’s Aswang, which we’re now distributing, is a very affecting film that did not have to show Duterte’s face but still everyone who sees it knows who the monsters are.

This year, we showed 11,103, produced by Kara Magsanoc, and up to now, days after I’ve seen it, it still haunts me. We’ve had Sir Lav and Kuya Ceasar retrospectives. Legit tribute too.

Sir Lav will be premiering Servando Magdamag as a 6 episode series in iWant, too bad we were not able to get the Fid Marsailles cut called A Tale of Filipino Violence, but of course, we’ll screen its 12 hour version someday.

Sometimes, I wish we could still discuss films, laugh at the bad ones, and champion the good ones.

Alexis, thank you for supporting Active Vista that first year. Thanks for introducing us to Mike De Leon’s Signos. It made the first edition of AV so legit.

I’m not sure when’s the next time I can write to you, but I think this is a good enough update, right? I miss you, and I think Winrico Santiago is emailing again.

I know this reads like an Active Vista update and not a real letter to you- but we met because of cinema so this is how it really is.

Born in Manila in 1992, Martika Ramirez Escobar’s love for the bizarre is best reflected through her films and photography. After graduating with honors from the University of the Philippines, her thesis film Pusong Bato competed at the 19th Busan International Film Festival and had screenings across Asia and Europe. It won Best Short Film at the 11th Cinemalaya in 2015. She is an alumna of the Berlinale Talents Tokyo, Asian Film Academy, Southeast Asian Film Lab, Luang Prabang Talent Lab, Fantastic Film School, Mowelfund Film Institute and is a recipient of the Purin Pictures Film Fund and Next Masters Support grant. Most of her works, including her first feature in post-production, Ang Pagbabalik ng Kwago, and first documentary feature Tell Me About Darkness which participated in the Asiadoc Residency, are self-reflexive films about her relationship with cinema. She is currently working as a freelance director/cinematographer for various productions.

How can I watch?

Visit the Digital Museum of Martial Law in the Philippines

Check out other AVX Films we are screening

In this curated playlist by Probe Archives, we give you access to documentaries released from 1988 to 2004. It covers almost 20 years of authoritarian influence and controversy, even after the protracted and bloody rule of former Philippine president and dictator Ferdinand Marcos. 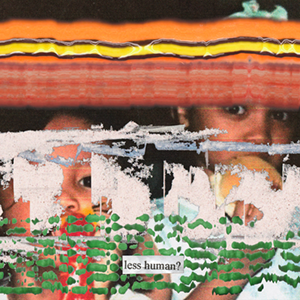 The world is about to end. Maya is forced to go home to Zambales. Now, she must confront a house that terrorizes her as frogs rain outside.

The year is 1979, the Skylab satellite is falling to Earth. In the days leading up to the crash, two troubled boys wait for doomsday, only to realize that darker forces are threatening them. 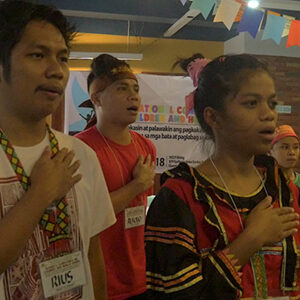 Bullet-Laced Dreams follows the Lumad children in Mindanao as they escape from military rule due to the incessant armed conflicts between the government & communist rebels.

Active Vista is a learning center established by DAKILA to support its mission of empowering citizens to become agents of social change. It organizes activities geared towards the development of the innate value of arts, media and popular culture as an educational medium to shape critical thought, influence culture, and foster social consciousness and action.